Still a work in progress; but this is what North America might have possibly looked like had the natives established their own Empires that existed to today. 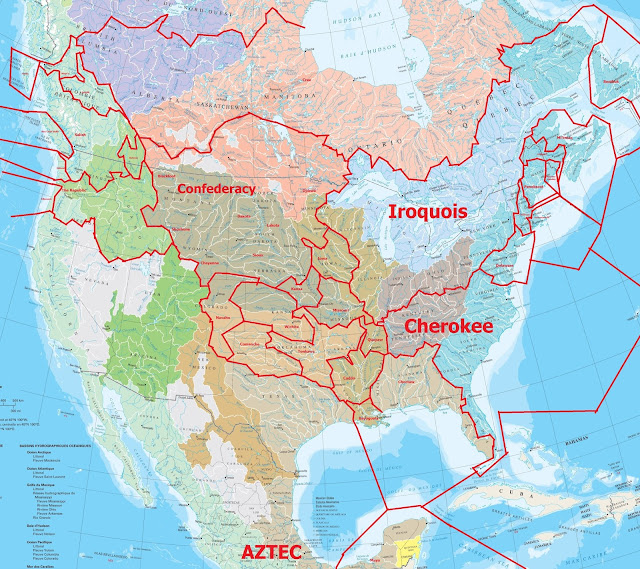 The Iroquois and Cherokee would have a relationship similar to that which France and Germany has, or France and England. They'd be similar countries that are traditional rivals that now find themselves on the same side due to the way the modern world works. The Aztecs would be the strongest power on the continent,


I'm happy with the way some of the nations turned out, but not others. As such I consider this a work in progress; but this is a great 'first map' in that work showing a baseline of what is realistically possible given the position of the native tribes at the time of european contact.
Posted by Unknown at 11:33 AM

WARNING AND DISCLAIMER
This is my personal blog. It's a supplement. A supplement to my professional blog at Teddy on Politics to my YouTube page at Teddy on Politics to my Twitter at TheNewTeddy and to my personal life itself.
This means that this blog may, or rather does contain things that are NSFW. If you've been linked to a specific post here, this is your warning to not go exploring this blog itself without a hearty stomach.